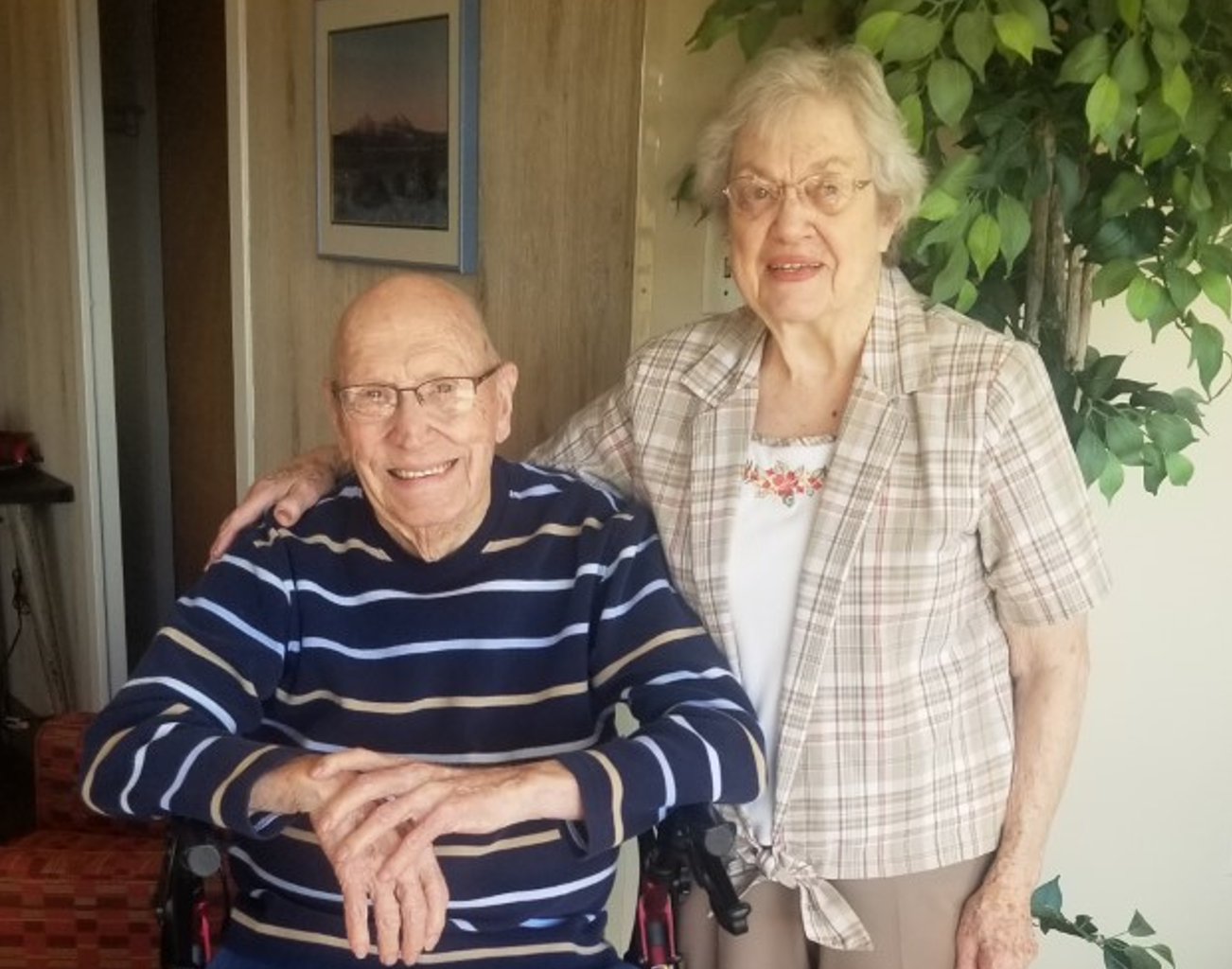 The month of March brings Shara and Clark Heinbaugh to the spotlight. Clark is 86 years old, born on January 20th, 1935 at a hospital in BelleFourche, South Dakota, but was raised in Rocky Point, Wyoming. He was born to Pat and Gertrude Heinbaugh. His father Pat owned a general store, which sold general merchandise, groceries, and gas. Clark has a younger brother Tom, and younger sister Mary. When he was in the 4th grade he and his family moved to Gillett, Wyoming. He moved back to BelleFourche when he was in High School. Clark graduated from BelleFourche High School in 1953. He graduated from The University of South Dakota in 1958, earning his Bachelor Degree in Business Administration.

Clark was scheduled to join the Army the minute after graduation. When he went to do his pre-induction physical. He was classified as 4F due to being asthmatic as a child, and was denied entry into the Army. He then returned back home and put himself through college. He also was employed at a farm and ranch hardware store called “Motive Parts.” He worked there for 3 years.

In 1961 Clark moved to Denver, Colorado. He applied for employment as a General Adjustment Claims Representative. This became his career for the next 32 years. He worked for 3 different companies. His last 11 years he worked for Allstate Insurance Company. Clark officially retired in 1993.

In 1963 Clark moved to Pueblo, Colorado. He and Shara met at a singles square dance class in 1964. They became charter members of the “Single Footers.” Shara and Clark were married on October 15, 1966, at St. Paul Methodist Church in Pueblo.

Clark was a member of The Belmont Club, and played slow pitch softball, and tennis. He also did wood working. One of his finest pieces was a large cross that is hanging in the sanctuary at Sonrise Church in Pueblo West. They are currently still active members, but have not attended service due to the pandemic.

Shara is 81 years old, born on October 25th, 1939 in Del Norte, Colorado to Philip and Hazel Boll. She had one older sister Roma, who is now deceased, and one younger sister Phyllis. When she was 3 months old her family moved to Pueblo. Shara attended Minnequa Elementary, Lakeside Vineland Elementary, and graduated from Centennial High School in 1957. She attended Pueblo Jr. College and received her Associates degree in 1959. She moved to Greeley, Colorado, attended Greeley State teachers College and received her Bachelor degree in Elementary Education in 1961. Shara continued her education receiving her Master Degree in Counseling in 1966 at Adams State College.

In 1961 she was employed for District 60 and taught at Jefferson Elementary for 6 years. After she and Clark got married, she stayed home for ten years to raise their daughters. Kristin, who was born in 1967, Heather in 1969, and Heidi in 1971. They were all born in Pueblo. They have four grandchildren; Parker, Brenna, Clara, and Nora.

Shara returned back to work in 1978 for District 70. She was a counselor at Beulah School for 11 years. She then counseled at County High School for 9 years, and officially retired in 1998. Shara did a lot of quilting, needlework, cross-stitch, and sewing. She was a member of a stitching group. They would meet up throughout the year at the Barkman Library. She also has done genealogy for over 50 years.

After retirement, they purchased a pop-up camper and traveled the U.S. Clarks parents lived in South Dakota, so they would travel there at least once a year to see them. His parents would also come to Pueblo to visit once a year. They loved going through the Black Hills and Bad Lands, and Mount Rushmore area. They traveled to Williamsburg, Patriotic, Philadelphia, and with their daughters and their families to Florida.

They had their family house built on Meadowbrook Drive in Pueblo when their eldest daughter was a year old. They lived there for 50 years. Yardwork and housework were becoming a bit hard to keep up with. Clark was having to go down a flight of stairs to go to the bathroom, so they decided it was time to consider a different living arrangement. All of their daughters flew into town the same day, so they made arrangements to tour senior living communities the following day. They had an appointment at Villa Pueblo at 11 A.M. and Pueblo Regent at 1 P.M. They moved to Villa Pueblo on the following Monday. Their girls helped them arrange an estate sale. They listed their house on the market, had a buyer in two weeks, and closed out the sale in one month.

Shara said “We are so please with the Villa, just look out and see this beautiful mountain view!” Her favorite Psalm to recite is 121: I will lift up mine eyes unto the hills, from whence cometh my help. My help cometh from the LORD, which made heaven and earth. With Shara having claustrophobia and acrophobia, she never in a million years imaged herself living on the 12th floor of a high-rise building. Clark and Shara absolutely LOVE their apartment! Their 2-bedroom apartment balcony has enough room for Clark to walk around, get exercise, and a breath of fresh air. Shara is able to continue gardening. They said “They thought of everything for an apartment when building this complex.” Shara is also grateful for the in-house library. She reads 2 to 3 books a week since moving here. They enjoy the activities provided, and prior to the pandemic, Clark enjoyed the Sing-a-long gatherings that were hosted in the Lobby. He has a remarkable voice that you can’t help but stop and admire when he is singing. Shara and Clark moved here on July 2, 2019. We are very proud to have them both as members of our Villa Pueblo family. 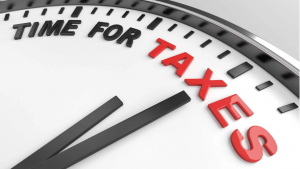 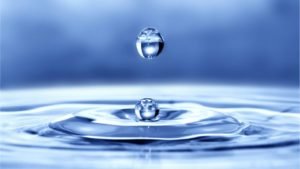 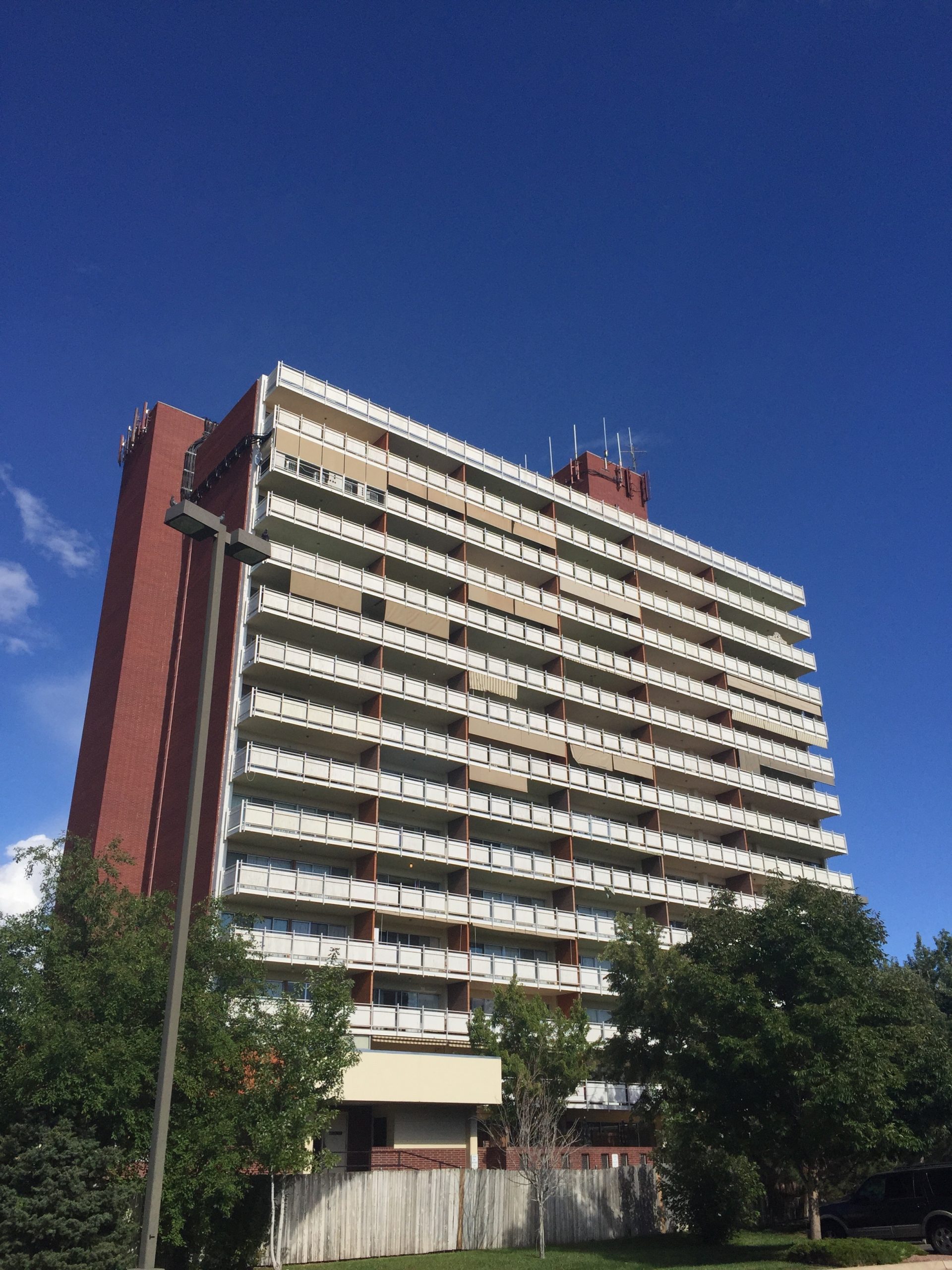